This past weekend was a little different for usual. I barely spent time at home and past through the crowded city of Seoul which I preferably would avoid at a weekend. My boyfriend and I attended two music concerts held and produced by a lovely, very talented married couple who we are only just beginning to make a friendship with.

Starting off with Saturday the 18th of November: I finally got a new phone after almost 3 years! I had sacrificed my need of a up-to-date well working phone for way too long. I hate spending ‘big’ amounts of money, no matter how great a product is, so I convinced myself to not by a replacement phone until my Samsung Galaxy S5 completely needed to retire: that time had come. I managed to get a second-hand, practically perfect condition LG G5 for almost half of it’s recommended retail price. Absolute bargain! The LG G6 not long ago was released, though this G5 is still very well equipt and continues to sell well in phone stores in Korea. The main feature of the phone which I care about most is the camera. It has a 16mp duel back camera, and the front facing camera is a massive upgrade from what I was previously using. I’m no photographer, but I love taking snippets of memories to help with my bad short term memory and generally just taking clips of simplistic things I like or enjoy. I share most of my photos on Instagram, reserving some for me personally.

The Saturday concert was based around the vocalist. She had themed her track list around Van Gogh‘s art and his life. As she sang with her powerful, yet relaxing voice with it’s unique slight raspy tone, a slideshow of Van Gogh art was projected on the wall behind her. At intervals she discussed about the letters in which Gogh wrote to his brother Theo. She selected some of her favourite letters and gave a different one to each audience member upon arrival to the venue. The letter additonally containing a postcard with one of Gogh paintings was given a beautiful note book with the cover of ‘Wheat field with Cypresses’. That lucky person was my boyfriend. Who had to read aloud the Gogh letter in which he had enclosed in his given envelope. It was a nerve racking few minutes, but worth the lovely gift. 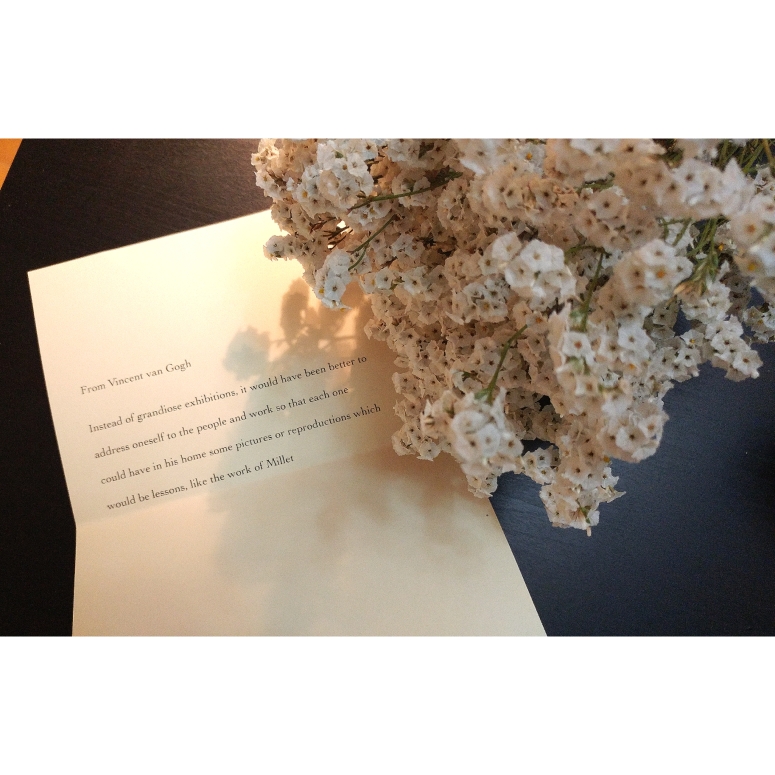 Moving onto Sunday: I have started Christmas early *sorry, but kinda not sorry*. We waited so long to spend Christmas together, our first Christmas together, so instead of settling for a small Christmas tree we treated ourselves to a nice 5ft and a half slim artificial tree. All the lights and decorations were conveniently included as a set, alongside with some bunting to hang on a wall reading ‘Merry Christmas‘. Only small annoyance is that it has a ‘singing’ setting with light patterns that I’m sure could cause hyperactivity. Surprising Aki, my kitten, hasn’t distroyed the tree yet. Delivery services here 90% of the time are prompt, so it only took 2 or 3 days for the tree to be delivered. As we are going to be in Japan for a week of December, we thought we would display the tree early to admire the festivity for a long as possible. We just need to hunt for a nice star to top it with. 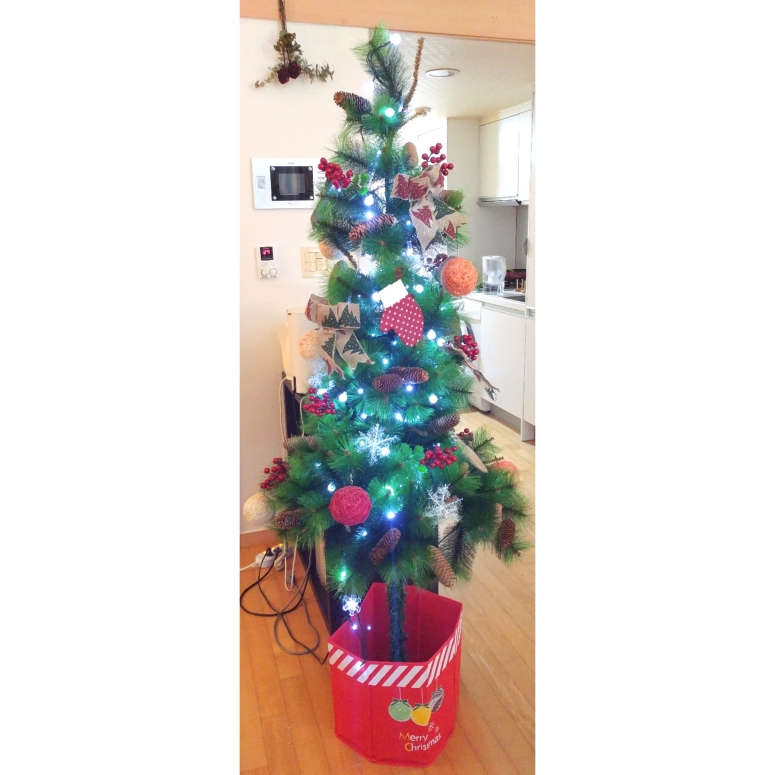 I think it’s clear now that I am a foodie, despite opting for a healthy balanced diet with a light exercise; so of course we stopped off for some dinner before the second concert. I finally had my first Vietnamese Pho experience! The previous day had a queue for entering the restaurant due to popularity, so I was pleased that we managed to get a seat the following day. I choose Pho Ga, which is Pho with boiled chicken. If you have never had Pho, it typically includes rice noodles, finely chopped spring onions, white onions, bean sproats, coriander, and a lemon slice for garnish all contained within a warming mildly oily broth. By self service you can cater to your taste by adding either, bay leaves, chilli flakes, cumin, cloves, soy sauce or chilli sauce to your Pho. All the condiments and spices were placed near the stools and benches in which you sit upon.

Sunday’s concert was more of a jazz ensemble. The pianist lead the production but thrived off of the passion and happiness of his fellow musicians. One song in particular drew the audience to mainly the pianist’s attention, it’s hard to explain properly unless you were in the room listening, but the pianist became emotional and I had tears gather in my eyes with goosebumps all over my skin. I have never experienced such an engagement with a music performance prior to this one.

We ended the night with some dessert. Korea has such amazing desserts inspired by French, Italian and Japanese cuisines. Until yesterday I hadn’t been to any of the many patisserie franchises in Korea (-which makes me think ‘why hadn’t I?!’) They served everything from matcha iced tea to sweet potato cream cake. We decided upon a pretty presented tiramisu and blueberry cheesecake for a place named Dessert39.