Well…it seems as if I’m not going to totally slow down on the ‘exploring new foods’ train. I’m eating enough well balanced meals thesedays, just twice a week my lunch or dinner will be some fast food or at a restaurant in the streets of Incheon and Seoul. Besides, I’m doing well with my cardiovascular and muscle toning exercises. Finally!

I didn’t head out of home with the intent to enjoy a meal. My boyfriend and I were heading to an LG repair services centre as I was conned by a seller who sold me a second hand LG G5. The exterior was in perfect condition, like it had barely been used by the previous owner. After less than a week of owning it the screen’s sensors went awol. The screen froze, the buttons wouldn’t function; basically it was useless. After finding out that it had sustained some water damage it was around lunchtime, so we found a Japanese restaurant which had more than enough meal options. I chose vegetable curry rice. Alongside this you choose which type of fish or meat fried in panko breadcrumbs that you’d like to accompany the curry with rice. I chose shrimp tempura, with the curry as ‘hot’ level in spiciness (it was rather mild infact). Whichever dish you choose whether it be a curry, some kind of marinated chicken, steamed fish or sukiyaki (a type of hot pot which you partly cook yourself) is served with set side dishes of pasta, an extra bowl of steamed rice, kimchi, pickled radish, miso soup and tamogoyaki (rolled, fried egg that is a little sweet). If you want to experience a variety of places and cuisines that aren’t primarily Korean whilst visiting Korea, I highly recommend this Japanese restaurant named Don Don Jung, Mokdong, Seoul. 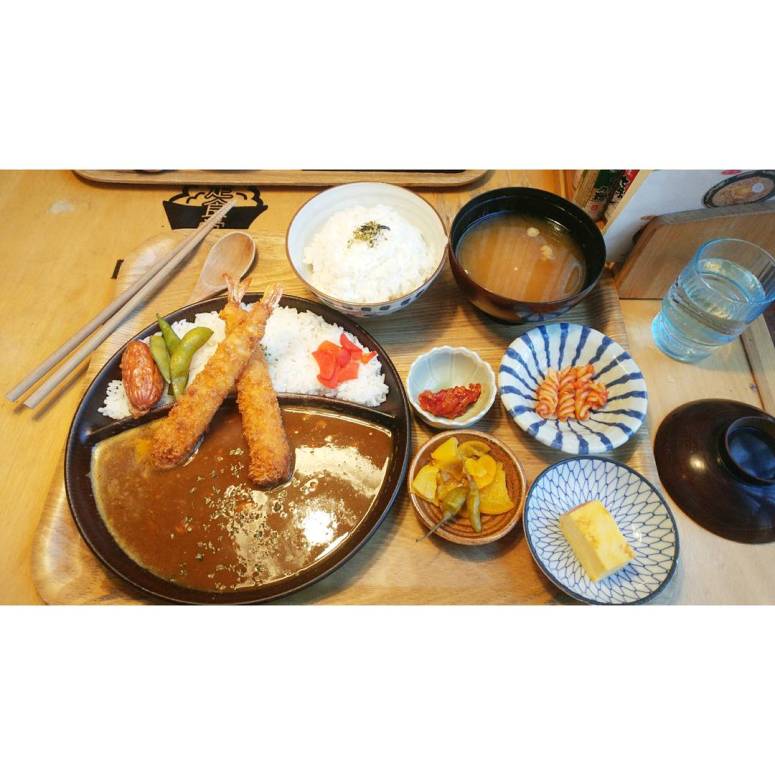 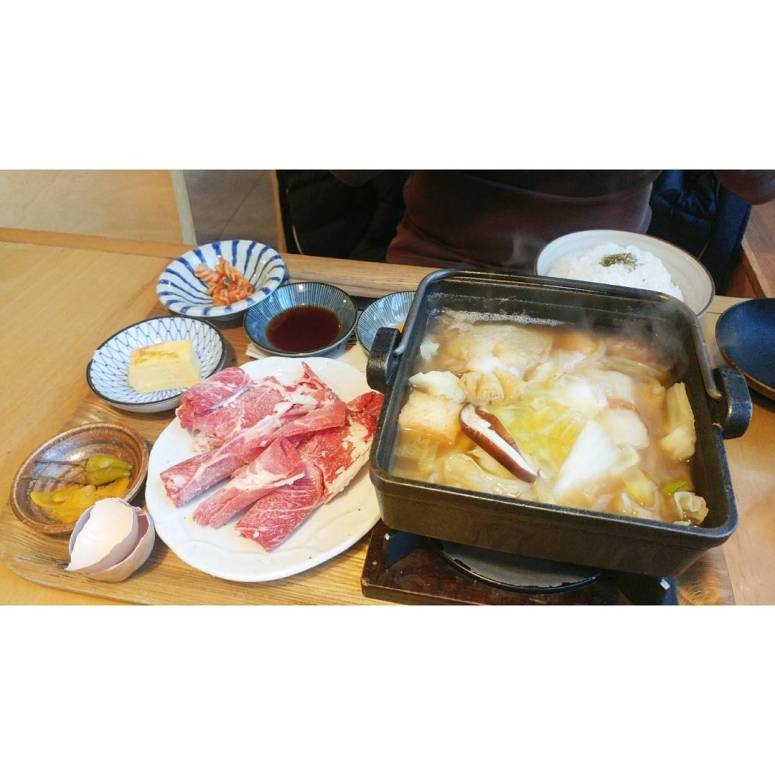 The pork cutlet ‘addiction’ continues to thrive. I devoured another. This time with Japanese vegetable curry (maybe I should give up vegetable curries for a while too). It was a sensible choice to have a filling hot meal that evening, as temperatures went from 4° c down to -4° c. If you travel to Japan or Korea, pork or chicken cutlet should be the top of your list of cuisines to experience; specifically cheese pork cutlet or pork cutlet with spicy or regular traditional tonkatsu sauce. One thing I have learnt from living abroad is not to prejudge the tastes of food just because you dislike the way they are cooked in your home country or by their appearance/scent. I never ate pork chops back in the UK, so initially I was suprised to find that pork cutlet is now one of my favourite dishes.

One of the number one social activities and ways to relax preferred by Koreans, and tourists alike, is going to a cake and coffee cafe. Cafés are usually associated with Italy and France due to being the countries of origin for traditional coffees and stylish public places. However, Korea has taken inspiration for Europe to create endless amounts of coffee shop franchises and ‘one-offs’. In particular it’s coffee shops which sell cream sponge cakes that are favourable. I don’t have a sweet tooth but am partial to some fluffy, dairy treats so I’m not sure why it took my so long to go to cake cafés here. No exaggeration there is at least 3 cafés on every corner of a Korean street that homes retail places. I went to Doré Doré which is mainly recognised for their rainbow cakes. Currently they have some cute Christmas cakes with fresh strawberries. There iced vanilla latte was refreshing, not tasting of artificial vanilla essence. Although their Americano was more sweet than the bitter taste you’d expect it to have. Other popular cake cafés include: A Twosome Place which is themed with couples and friends in mind, Angel-in-Us owned by the Lotte Group, Paris Baguette who don’t always serve as an ‘eat-in’ place though occasionally a small section of selected stores are reserved for tables to eat sandwiches etc, Tous Les Coffee, Holly’s Coffee, Cafe Bene who sell shaved ice dessert and many more. Usually the interior design of Korean cafés are even more relaxing and cosy than seating provided at Starbucks, Costa and Cafe Nero.